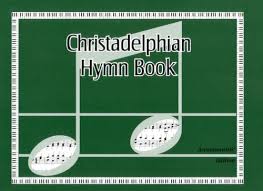 On Christadelphian Music you can find musical accompaniments that you can download for use in Memorial Services, Hymn Sings, or any other service to our Heavenly Father.

In His Hands
“In His Hands” is a compilation of songs by Aletheia Burney, Luke Jurevicius and Timon Burney. This album is meditational and reflective in style. The lyrics and ideas contained in the 13 tracks are prayerful in their approach and focus on praise, God’s kingdom and God’s care and love for us though every moment of our lives.

Even So Come
Faithful, chaste, unspotted, watching, undefiled…  These are among the descriptions of those who make up the faithful Bride when their Beloved returns, those whose lamps are shining brightly, whose vision has not dimmed, and whose faith has not wavered. This CD was produced the British Columbian Christadephian Youth Choir.

Revelation Oratorio
This collection of 12 4-part vocal arrangements was inspired by a recognition that a large amount of that most enigmatic of Bible books, “The Revelation of Jesus Christ, which God gave to him”, speaks of people singing the words that are written.  Composer Oliver Stephens says it is his hope that “choirs, both amateur and professional, throughout the world, might enjoy singing these arrangements as much as I enjoyed writing them”