The Christadelphians are a group of people associated together by a common belief in the things concerning the kingdom of God and the name of Jesus Christ. We are a worldwide community whose aim is to follow as closely as possible the teaching & example of Jesus Christ, as recorded in the Bible.

To the outside observer however, it can be difficult to understand the differences between the many different Christian communities. The purpose of this page is to give a brief overview of some of the distinct practices of the Christadelphians.

The name “Christadelphian” is a bit of a mouthful. The word is derived from Greek, and literally it means “brothers in Christ”.  There is a New Testament precedent – Jesus called his followers his brothers, and the Apostles addressed their letters to “the brothers” (Matthew 12:49, Colossians 1:2, James 1:2).

The members of Christadelphian congregations call each other ‘brother’ or ‘sister’. We treat one another as ‘family’, with practical help, sympathy, kindness and love.

Christadelphians often refer to their congregations as ‘ecclesias’. The New Testament word translated as ‘church’ in most Bibles is the Greek word ‘ekklesia’, meaning an assembly or gathering of people. Christadelphians prefer to use this word to emphasise the importance of people in our congregations rather then the building or institutions that they create or worship in.

What to Expect in a Christadelphian Ecclesia

Christadelphians meet in a variety of buildings. Some ecclesias have their own building; some rent community centres. Others hold their meetings in the homes of members of the congregation. There is nothing ostentatious about a Christadelphian meeting place. The focus is not on the place of worship, but the members.

The organisation, lifestyle and practices of the Christadelphians follow as closely as possible the way the Christian community was formed in the first century. We do not have a hierarchy of rulers. Each member is equal in the sight of God, and there is no source of authority other than the Bible. Christadelphian ecclesias can be found all over the world. Each group is responsible for its own decisions and organises its own affairs. There is no central authority.

The only link between ecclesias is a common belief in an agreed list of essential teachings. Most ecclesias will have a group of non-paid elders (often termed ‘arranging brethren’) appointed by the congregation (usually via a secret ballot). Their role is to ensure the smooth running of the group, including preaching the gospel, caring for the elderly and sick, and teaching the young. The elders do not rule over the congregation, but give advice and guidance, as the apostle Peter instructs:

“The elders who are among you I exhort, I who am a fellow elder and a witness of the sufferings of Christ, and also a partaker of the glory that will be revealed: Shepherd the flock of God which is among you, serving as overseers, not by compulsion but willingly, not for dishonest gain but eagerly; nor as being lords over those entrusted to you, but being examples to the flock” (1 Peter 5:1‑3)

Christadelphians meet once a week to worship God, and remember the sacrifice of his Son Jesus by breaking bread and drinking wine. All baptised members take bread and wine (1 Corinthians 11:23–26; 12:13; Matthew 26:26–30). Apart from the bread and wine, this meeting consists of prayers, the reading of a chapter or two from the Bible, hymns and songs, and an ‘exhortation’ (word of encouragement, similar to a sermon) based on the Bible. A different member of the ecclesia will speak on a subject from the Bible every week (Ephesians 5:19; 1 Timothy 4:13; Hebrews 3:13).

A Bible study class to study and learn from a section of the Bible; a mother and toddler group; a young people’s youth group; and a meeting of the elders to discuss the affairs of the ecclesia.

Music is important in our worship, as it was in the first century church. Some Christadelphian hymn books are traditional, others are in a modern style. Accompaniment may be by piano, organ
or other instruments. Singing classes and choral groups practise to give concerts. Some ecclesias stand for prayers, others remain seated. Each Christadelphian ecclesia has the liberty to worship in the style that they prefer.

The practice of reading the Bible daily has been a feature of the Christadelphian community for many generations. A good comprehension of the Bible is considered to be an essential aspect of discipleship and all Christadelphians are encouraged to develop in their knowledge through the regular reading of the Bible. Many Christadelphians follow a specific system of daily reading known as the “Bible Reader’s Companion“.

With three portions of the Bible per day, this takes an individual through the Old Testament once, and the New Testament twice annually. It is the habit of many Christadelphians to be reading these portions as the natural part of each day, both within their own homes and also in one another’s. Meeting to do the readings together is common amongst Christadelphians. 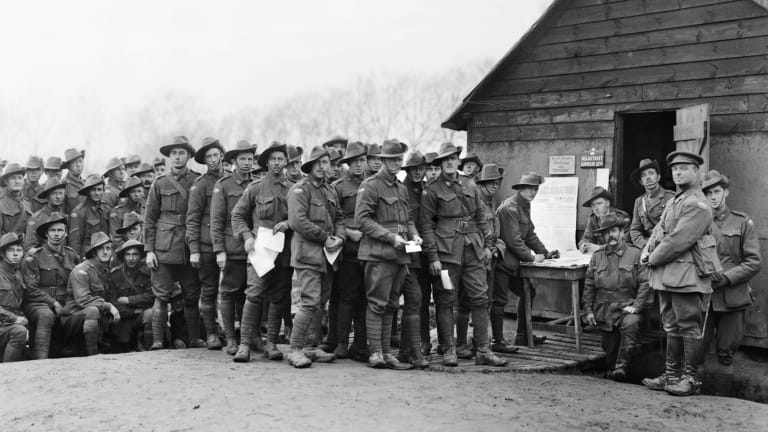 Christadelphians do not, and have never served in the armed forces. Those who become Christadelphians after joining the military or police are expected to try to leave by legally and scripturally appropriate means. If Christadelphians are called up for compulsory military service they will refuse to fight, no matter how serious the situation for their country. All forms of hardship, including persecution, imprisonment — even death — are considered preferable to serving in the military.

As a consequence, following Word War 2, Christadelphians were recognized by the United States Government as as the most consistent of all religious groups in resisting armed service. Christadelphians are not pacifists however. Their reason for not serving in the military is that they live as “strangers and pilgrims” according to the Biblical command (Heb 11v13-14). We consider ourselves citizens of the Kingdom of God, and not the kingdoms of this world. As citizens of God’s kingdom we are not at liberty to fight on behalf of another (John 18v36).

Non-Participation in Voting or Politics

As strangers and pilgrims we live in this country like permanent residents — working, paying taxes,  obeying the laws, but not participating in changing and shaping the system itself. As citizens of the Kingdom of God, voting in this world’s elections would be a division of loyalty (Matt 6v24). We are also opposed to Jury service for the same reasons.

Read more about what the Bible says about participation in politics